Why Catalytic Converters Are The Best

If there is one thing people love to hear, it is that they officially lowered their carbon footprint. Now, with millions of cars on the road every day, each one is a single source of pollution, and within large cities, the amount of pollution that is produced can create a king-kong size footprint.  In order to solve this ongoing problem, the federal government, cities, and states, produce “clean-air” laws to restrict the amount of pollution being expelled. 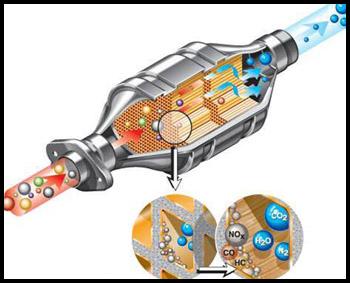 Ever since these laws were put in order, automakers have been forced to make specific refinements to pre-existing engines and fuel systems to keep up with the lawmakers. In 1975, automakers hit the jackpot with the catalytic converter, whose job was to convert the harmful pollutants that the car produces into less harmful emissions before they even leave the vehicles exhaust system.

However, diesel engines are not a prone to a catalytic converter as their engine runs cooler and converters produce better quality emissions as they heat up. In order to better reduce your carbon footprint, these converters are a solid investment. Plus, you do not want to be the one driving down the road with people looking at you as they drive by because you’re the car that is giving off the smell of too much exhaust.